The cent sign (¢) is a symbol used to represent a fraction of a currency, especially for the American dollar. It’s probably not something you do very often, but you will come across an amount that’s less than $1. It might be a sale price at the supermarket or the cost of shipping for an online purchase. Either way, you’ll need to use the cent symbol to show that the value is less than $1.

On keyboards for Windows computers, you can type a cent symbol by pressing and holding down the “Alt” key while you type “0162.” The “Alt” key is generally located on the bottom row of your keyboard. For a macOS keyboard, you’ll need to type and hold the “Option” key and press the number “4.”

The cent sign may not have quite the same prominence as the dollar sign, but it’s still commonly used for representing money in written text.

Cent is a contraction of the Latin word “centum,” meaning a hundred. It is commonly used to denote amounts smaller than $1. For example, 93 cents can be written as $0.93 as well as 93¢. It’s also used by other non-US currencies with cent units, such as the Argentina centavos.

Finance writers frequently use the cent sign instead of writing out the word “cents” when writing about money. Here at TechZerg, we frequently encounter the need to type this symbol into our posts, especially when reporting on money-related stories or putting together lists of prices for products.

But the cent sign isn’t one of those keys that are labeled on your keyboard, meaning you can’t type it directly by pressing a labeled key on your keyboard. If you want to use the cent sign, you’ll either have to spend some time digging through character-changing tools or use a combination of different keys.

Read Also:  How to crop a photo on Mac

Another way is simply to search for the cent symbol on a search engine such as Google or Bing and copy/paste it from the web results.

When you want to type a cent sign in macOS, press and hold the “Option” key and then press number “4” on your keyboard. The number 4 key also has the dollar sign ($) on it, making it easier to remember when typing it as a U.S. currency.

When you want to insert characters on macOS and don’t know the keyboard shortcut, you can use Apple’s built-in Character Viewer.

Hold down “Control” and “Command” simultaneously to pop up the Character Viewer, and then press the “Space Bar” where you wish to insert the symbol. The Character Viewer shows you what keys to press to insert characters into the program you’re using.

Scroll through the list to find the symbol you want to use, click on it to insert. To reuse a symbol, reopen the Character Viewer or copy and paste it.

On Android and iOS smartphones, Long-press the $ symbol on the virtual keyboard and tap the cent sign or any other currency symbol you need.

How do I find MAC address on my Android phone or tablet?
How to change your Spotify password or reset it
How to turn off autocorrect on Samsung
How to screenshot on a Chromebook 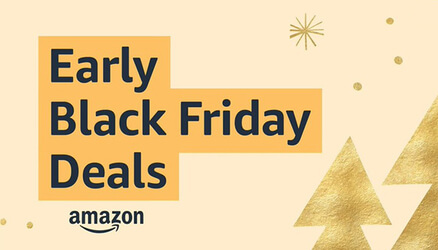